RedMan was started with the help of many talented and dedicated professionals, one of them, Gary Klugiewicz. He played an integral role in creating not only our RedMan suits, but our training programs as well. But what may be surprising to hear is that much of his knowledge comes from his robust training in martial arts, which greatly contributed to the early development stage of RedMan Training Gear.

Gary Klugiewicz’s name has become synonymous with the development of safe but realistic, dynamic simulation training. He currently works as the training manager for Vistelar, an international training institute that addresses the entire spectrum of human conflict.

He was trained in the martial arts system Kyokushinkai-kan, which involves full contact fights allowing strikes from elbows, knees, and kicks to the legs. According to Gary, this practice is exemplified by the word, OSU, i.e., “I will never stop trying even though I die.” He says that those words have directed his life and training, and are something he has shared with the 100,000+ of officers he has trained over the last 40 years. You can check out his first fight in Japan from 1979 here.

Gary’s background in martial arts contributed to his work with RedMan, where he partnered with Larry Nadeau to create and teach our first RedMan Simulation Certification program. He later established our RedMan Training Division. 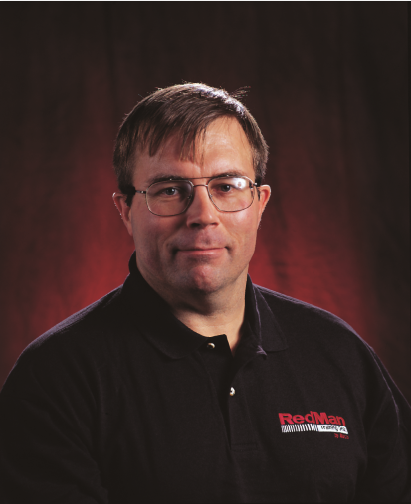 Gary has been busy working for the last 40 years developing conflict management programs for contact professionals that include police, corrections, military, and security personnel. These programs involve verbal and physical intervention training, which includes responding to interpersonal discord up to and including, sending in a tactical team.

During the last decade, Gary has worked with Dave Young, another longtime RedMan trainer, to create verbal conflict management coupled with non-intrusive physical stabilization tactics for healthcare, treatment, and educational professionals. Also of great importance to all of these contact professionals, Gary has provided invaluable training in how to defend what they do in the performance of their duties.  As Gary likes to say “It’s not enough to do the right thing, you must be able to explain why you did the right thing.”